Then & Now: The Book 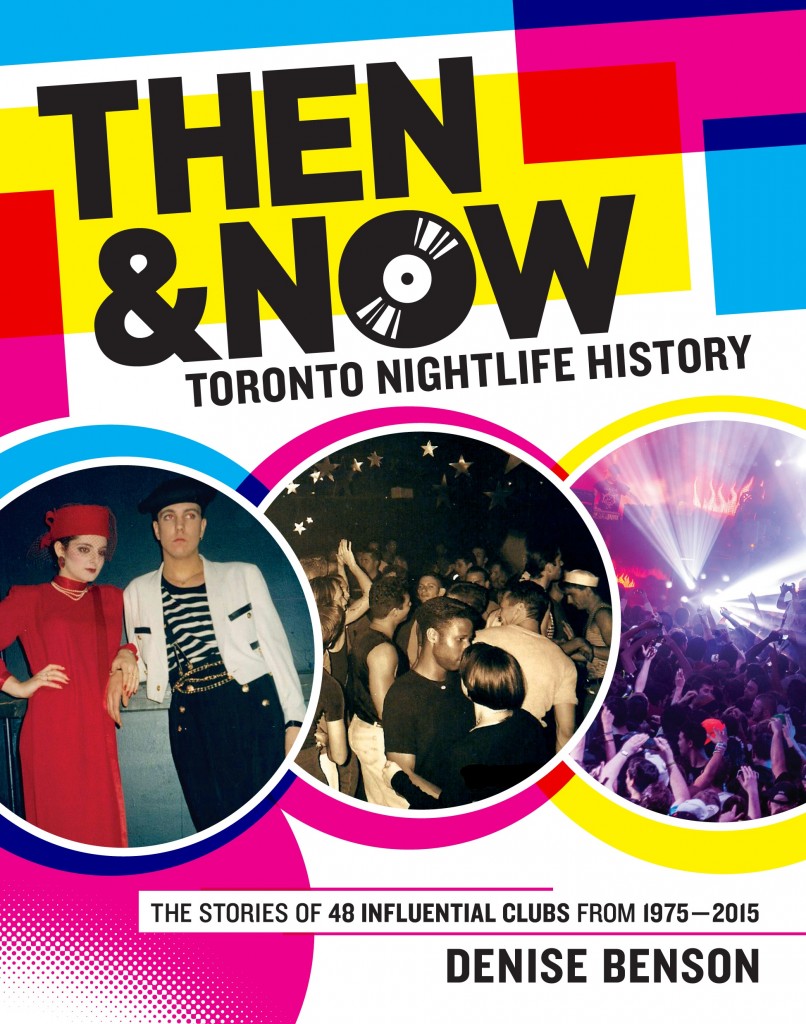 Then and Now: Toronto Nightlife History
By Denise Benson. Foreword by Stuart Berman.

562 pages, with four sections of colour photos. More info and to pre-order: http://threeoclockpress.com/titles/then-and-now

The history of Toronto’s nightlife reveals its pulse.

From award-winning veteran music journalist and DJ Denise Benson comes Then & Now: Toronto Nightlife History, a fascinating, intimate look at four decades of social spaces, dance clubs, and live music venues. Through interviews, research, and enthusiastic feedback from the party people who were there, Benson delves deep behind the scenes to reveal the histories of 48 influential nightlife spaces, and the story of a city that has grown alongside its sounds.

“Contrary to conventional wisdom, Toronto has known how to party for a while. Then & Now tells a heretofore untold social history of Toronto, including the clubs where often-marginalized people found both community and liberation deep into the night. This book is an essential chapter of Toronto’s recent history.” ̶    Shawn Micallef, Author and Spacing Co-owner

“The early days of punk and new wave at The Edge; clubs like Voodoo and Twilight Zone where you could be normal being weird; playing Depeche Mode and New Order at Focus and Club Z; dancing to The Specials at Nuts and Bolts and Fad Gadget at Domino Klub; playing The Happy Mondays at Empire … Legendary Toronto club culture and memories brilliantly captured and stamped in time.” ̶    Scot Turner, Producer/Host CFNY 102.1, Program Director Energy 108

“Denise Benson’s Then & Now … shines a deserved light on the many young, often disenfranchised, DJs, promoters, and business owners who created scenes from nothing, providing safe and exciting spaces for alternative communities and culture to flourish. Denise gets it so right because she was there herself, is still there. Good thing, since reading her chronicles makes me want to dance!” ̶    Liisa Ladouceur, author Encyclopedia Gothica

“Denise … ambassadors all good things in the Toronto music scene. The work she’s accomplished documenting pivotal moments in club history is nothing short of amazing. She is a proven archivist and we are lucky to have someone with this level of passion in our ever-growing and evolving scene.” ̶    Nitin Kalyan aka DJ/producer Nitin, co-founder of No.19 Music

Toronto-based feminist publisher Three O’Clock Press has announced that it will publish ebook and print editions of the book Then & Now: Toronto Nightlife History, by Denise Benson.

Based on Benson’s popular column for The Grid, Then & Now surveys Toronto nightlife during the 1970s through the 2000s, vividly sharing the stories of more than 40 diverse, influential nightclubs and their larger social impact. Utilizing both extensive research and the candid participation of people actively involved in each club, Benson takes us into both live music and DJed hotspots— from early discos to punk and new wave hangouts, gay afterhours clubs, seminal electronic music spaces, key concert venues and beyond.

Then & Now is an evocative, timely exploration of both Toronto after dark and the ways in which nightclubs and social spaces tend to foreshadow gentrification trends.

The Then & Now column was awarded silver in the class of “Best online-only article or series of articles” (green division) at the 2012 Canadian Online Publishing Awards, and was a nominee in the 2013 National Magazine Awards’ “Columns” category.

Three O’Clock Press is proud to represent this important project. Then & Now: Toronto Nightlife History will be published in Spring 2015.