In 1990, Thuro employed his sound and lighting business to great advantage at 318 Richmond (reportedly with backing from Sheppard). 23 Hop was a dark, raw warehouse space with no signage, but the sound, lighting and lasers were topnotch. It was thrilling to walk through the venue’s doors as it felt slightly dangerous and absolutely explosive. Chris Sheppard, later also known by the rave tag DJ Dogwhistle, was an original resident DJ, alongside Mark Oliver, D-Nice and Deadly Hedley Jones. 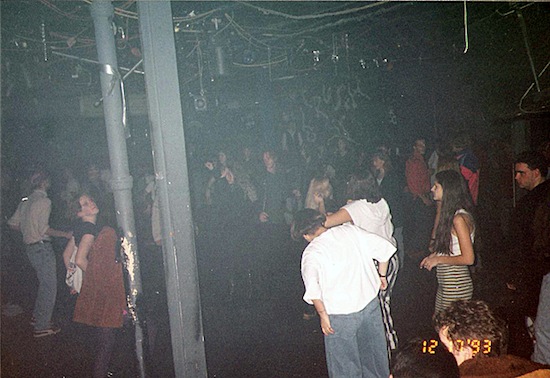 “I used to go to high schools in the fall of 1990 and sneak up posters promoting 23 Hop,” recalls beloved Toronto clubber/dancer gOgO K’necht, then a promoter/publicist known as gOgO begOnia. “We didn’t have the word ‘techno’ yet so we called it ‘industrial dance.’

“There were black light–painted go-go dancers and lots of graffiti down a very long dark corridor and outside on the steps, but [the club played] the music that you couldn’t get anywhere else in the city,” recalls gOgO, who would go on to be an early columnist for TRIBE Magazine. “I’d just come back from three years of traveling in Africa, and Mark Oliver played tribal techno, which was the perfect music for me to dance to. The room was so dark and huge but I just closed my eyes. I had a whistle sewn into my dreadlocks. That was also a big part of the kids at the Hop: using whistles. I think they called themselves the whistle posse.”

gOgO K’necht photo courtesy of her

One year in, the all-ages approach proved conducive to fights breaking out, and the venue essentially became a rental hall and after-hours boozecan. One of the first to rent it out was Scottish ex-pat John Angus who, with Mark Oliver and Anthony Donnelly, started Exodus Productions. Arguably Toronto’s first rave company, Exodus did events at 23 each Saturday from Aug. 31 to Dec. 31, 1991, with house DJs including Dino & Terry and Peter, Tyrone and Shams on one floor while The Booming System Collective (Mark Oliver, Sean L, Dr. No and fellow UK ex-pat Malik X—the pioneering host of CKLN’s deeply influential Radio London program—brought hardcore, techno and rave to the main floor. 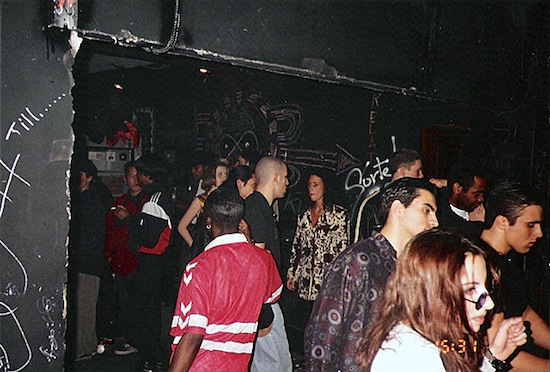 “My first night [at 23 Hop] was pretty mind blowing; I people-watched for hours,” recalls James Applegath, driving force behind ‘zine and website The Communic8r, chronicling Toronto’s “golden age of raving” through lovingly detailed archives, including those at 23hop.com that helped make this profile possible.

“Graffiti wasn’t prohibited and the washrooms were unisex. Society and club norms were checked at the door. There were a lot of characters that frequented the spot.”

At 17, Applegath was initially nervous to enter 23 Hop’s doors. Once he did, he and friends spent every Saturday night there for the next four months.

“Those nights ended up shaping my life for the next 15 years,” he shares. “I promoted raves, published a mag about them, was a partner in Buzz [now The Comfort Zone], managed Industry for three years and then co-owned NASA on Queen Street.” 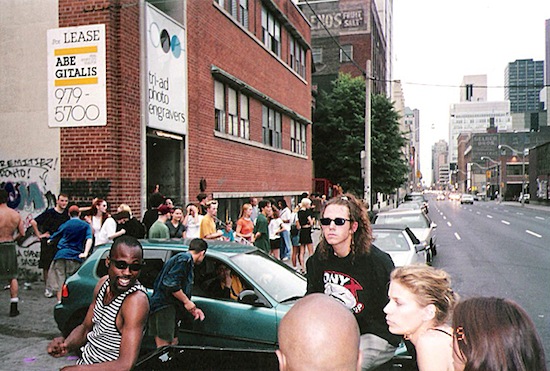 Morning outside of 23 Hop. Photo by Chris “Space” Gray.

Who else played there: I couldn’t even begin to list all of the Toronto house, techno, rave and jungle DJs who poured out newer-than-new sounds at 23 Hop over this five-year period. It was a highly localized scene, with Oliver and the DJ/MC duo of Malik X and Dr. No remembered as favourites. DJs Ruffneck and Jungle PhD also brought early breakbeat to T.O.—playing at early ’90s Sykosis events—while Kenny Glasgow and Matt C played there well before they went on to open Industry. By 1993, following the Exodus and Sykosis parties, promotions crew Pleasure Force held down Friday nights at 23 Hop. Titled The Rise, these nights featured locals including John E, Danny Henry, David Crooke and MC Captain B Mental alongside occasional international rave DJs flown in to perform at the huge Pleasure Force raves that took place elsewhere. 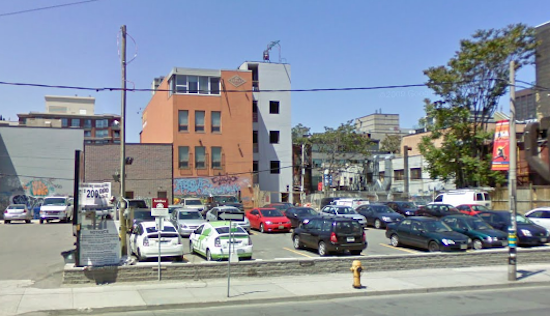 What happened to it: 23 Hop closed in the summer of 1995, by which point Toronto’s rave scene was massive and heavily commercialized. Soon after 23 Hop closed, the building was heavily renovated to become popular mainstream club The Joker. It was later demolished and has since been turned into a parking lot. Today, it’s under development to become a 39-storey condo dubbed Picasso.

MALIK X, Live at 23 Hop in late 1991: Side A & Side B (this cassette tape is the “earliest complete recording of a rave in Toronto,” according to James Applegath.

There is no known video footage taken inside 23 Hop, but writer/director Colm Hogan includes Toronto’s early techno/rave days in his documentary Sketched Out, The Movie chronicling different local underground music cultures. Here’s a segment featuring an interview with John Angus of Exodus Productions: